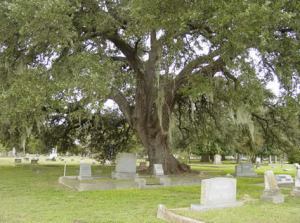 As I was preparing my manuscript for entry into a poetry chapbook contest, I came across this poem. It reflects upon my childhood, to a time when my brother and I ran away from home and hid in the cemetery. As today is also my brother’s birthday, I thought it would be nice to share this poem in lieu of a gift (since I’m broke and can’t afford to buy gifts).  Happy Birthday, my brother. And to the rest of you, I hope you also enjoy!

Brother said we had to run,

run, run away from home!

Along the graveled road,

through the woods we trek;

over the barrel bridge

to cross the dried-up creek.

Beyond the old lagoon,

across the fields and thickets—

We looked at gravestones,

and how we shouldn’t

have tread where dead were buried.

With light of day then fading,

ghosts swarming in a field,

we made a swift return

back through woods to home—

Writing Slump and This Well So Deep 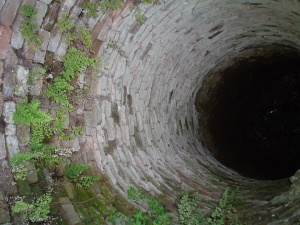 In case you were wondering, I have not fallen off the face of the planet or gone tumbling down the trenches of a deep well. You could say I have fallen into a bit of a writing slump, and that does feel something like falling into a well, I suppose. This ‘slump’ has not only affected my blog and social networking activity, but also my personal writing projects. And this comes less than a month after I declared a daily writing goal for myself. Which by the way, was going really good for the first two weeks–I exceeded the goal on 9 out of 14 days–but then I ‘fell’ and haven’t written any new words for over a week and a half. Well, aside from some journal scribbles and a poem or two. But fear not, the goal is not dead, just a bit wounded. And if indeed I am trapped at the bottom of some deep lonesome well, I’m pretty sure Lassie isn’t coming, so I’m gonna have to find a way to climb out on my own.

I’ll attribute this slump to distractions in life which have made it exceedingly difficult to get my head into writing. It’s easy to find excuses, and it’s not difficult at all to find distractions and let them detour you from the writing path. But such things are necessary for me to move forward in life and provide for my family. Right now I’m charging to the end of a four year journey which will culminate in becoming a Radiologic Technologist. This means scrambling to meet the last of the program qualifications, studying for test after test in preparing for the national registry, and I now have the added stresses of trying to find a job, because sadly, there will be no more money handed to me for education (and most of that money will have to be paid back). In actuality, it feels like these tracks I’m speeding along are sending me straight into a brick wall–or to the bottom of a brick well, as it were.

Yesterday brought a bit of disappointing news to pile on to all this. Twisted Library Press announced they must cancel the majority of their upcoming anthologies due to the economic crisis. This includes the zombie-themed, Through the Eyes of the Undead II, which was slated to include my story Fleshward Bound. It always hurts to hear about any small press closing or making significant cutbacks, and it stings even more when it affects you personally. Oh well, I found a potential home for the story once,  so I know I can do it again.

To end on a more positive note: my entry into MicroHorror’s annual story contest was accepted for publication yesterday and is now available to read here: This Well So Deep. It’s a chilling little story about a boy who falls into a well (see there was a point to all this well stuff!). The theme for the contest this year is water, and this is my first time entering. I must say it was fun writing for it, and I produced a story that otherwise would not have come into existence. There are loads of great entries so far, so stop by, have a read, and get immersed in some terrific watery horror!

Oh, and I hope you are all doing quite well.

In My Own Blurbs Pt. 2: Inner Phases 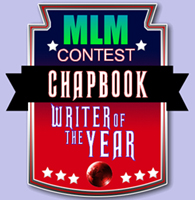 Welcome to the second blurb in my 3 part series. If you missed Pt. 1, don’t worry you can still read Pt. 2 without missing any crucial plot elements. I promise! If however, you are something like me and need to experience things in their entirety and proper order, you may visit the first part HERE before continuing.

This working blurb is for a poetry chapbook entitled Inner Phases. The book will be my entry into Midwest Literary Magazine’s 2011 Poetry Chapbook  Contest. I’ve had lots of fun writing for this and in putting the book together. I’m just finishing with making final selections and edits before sending it out. So here’s the blurb as it reads so far:

Inner Phases is a collection of 40 poems divided into three distinct areas: Life Phase, Earth Phase, and Dream Phase. Each of these offers a unique glimpse into the author’s poetic voice:

Enter Life Phase, and walk through the shadows of the poet’s memoirs, tracing from his earliest childhood experiences to include the traumas, the tragedies, the moments of near-death, all the way to the joys and fears of becoming a husband and a father. Earth Phase bends to the forces of nature itself, with poems that reflect upon the simplest pleasures of the tiny lovebug, to pondering the living essence lurking in the heart of the trees. In Dream Phase, the path will darken considerably, and you’ll quickly find yourself delving ever deeper into a realm of nightmares, as the poems contained here are richly woven with surrealistic imagery and hinge upon the horrific. Wherever your tastes may lie, the journey presented by Inner Phases will offer something for you to enjoy and carry with you long after its completion.

I feel it describes the contents of the book rather well, but I just hope it:

2.) Succeeds in making people want to read it.