Horror for a Cause: Book Sales to Support Bullying Prevention 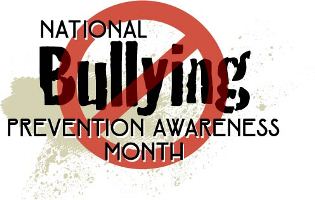 As a personal victim of bullying, abuse, and social exclusion, this is an issue I feel very strongly about. I’ve not only been a victim, but I’ve also been a witness. I’ve seen it happen numerous times. Some of those times, I’ve done something about it. Other times, I haven’t. The latter, well, those are times I’m not very proud of.

Let’s face it, the truth is, we’ve all been there. We’ve all seen it happen in some form or another.  Sometimes, we’ve done something, and sometimes we’ve chosen to look away. We can’t all be Superman, but we CAN choose to be a hero; we can do something about it. NOW. We can all stand up to bullies. We can choose to say something when we see it happening; we can tell them to stop. We have that power. We can also donate, fundraise, or just help spread the word. And please keep in mind, that bullying, abuse, and social exclusion are not just inherent to schoolyard pranks and high-school antics. It happens to adults, in the workplace, in our homes, even within our own families.

Bullying is an atrocity. Lives are lost. Suicides result. It needs to stop. We all need to stand up and say, “The End of Bullying Begins with Me.” Daniel, the main character in “Feeding Lazarus,” represents all the times I looked away; writing his story, that’s me doing something about it. That is me beginning.

I’d like to say thank you to my publisher, Jaded Books Publishing, for their wonderful support of this truly important cause with matching contributions.

Please do share and spread the word. Also, I highly encourage you to visit PACER’s website on Bullying Prevention. While there, consider leaving a small donation if you are able, and also discover many other ways you can help this cause to End Bullying. Thank you for your time.

Feeding Lazarus to be Published by Fat Lip Press! 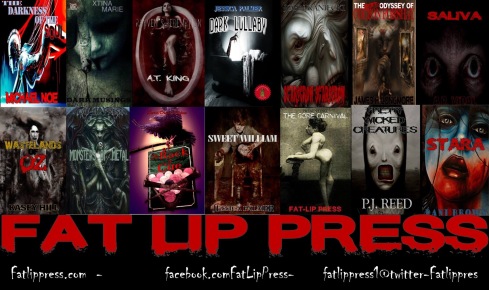 So here’s that awesome news I hinted about last week:

On September 2nd I will unleash Feeding Lazarus upon the world. The contract with Fat Lip Press is signed and the gears are in motion. I must say, for such a short book, this has been a long time in the making. What started out as two individual short story concepts that got fused together after I realized they were in fact different parts of the same story, and what then aspired to become a short novelette, but after countless rewrites and revisions over the last five years, has grown into a short novel/extended novella.

I believe one reason I’ve taken so long with this is simply due to the nature of this story. Have no doubt, this is a tale of visceral horror, and it deals with some extremely horrific real world issues, primarily that of bullying and abuse. Though Feeding Lazarus  is a work of pure fiction, I have both witnessed and experienced such atrocities in my own life, and that makes this a very personal story for me.

My hope is that the themes and underlying messages in Feeding Lazarus will resonate with others who have had similar experiences, and perhaps bring to light the severe impact these real life nightmares have on their victims. Perhaps it could also become a catalyst to inspire those who witness such things happening to stand up, stand strong, be the hero and take action to stop the bullying, the abuse, and the social exclusion that torments the lives of so many each and every day.

So mark your calendars, for on September 2nd I bring you Feeding Lazarus from Fat Lip Press! And stay tuned, I’ll post updates as we get closer to the release including excerpts from the book and the all important cover reveal. Oh, and happy Father’s Day!

I was recently invited by an author I truly admire, Keith Deininger, to answer a little questionnaire about a character from one of my works. Keith wrote about his character, Kayla from GHOSTS OF EDEN on his blog. Ghosts of Eden, Keith’s latest novel, will be out November 4th of this year in paperback, limited edition hardcover, and for the Kindle. The Kindle version is currently available to pre-order at a reduce price. I highly recommend any and all of the fantastic and disturbing works by this very talented writer.

What is the name of your character?

Daniel Devlin, but in the story you’ll discover a few of his other names and the stories behind them: Devil Boy, Dog-shit, Squirt, and Pisser Licker, just to name a few.

Is he/she fictional or a historic person?

When and where is the story set? What should we know about him/her?

Modern day in a small, fictional town in Southern Illinois called Shadow Oaks. The most important aspect of Daniel, aside from his tormented life filled with bullies and abusers, is his strong imagination. It is the power of his imagination which allows Daniel to escape the horrors of his waking life, and it is his imagination which may prove to be his demise. Also, Daniel likes to burn things, even himself.

What is the main conflict? What messes up his/her life?

Daniel is tormented by the people who dwell in his world: the bullies at school who mock him, their pranks steadily escalating into deadly acts of torture; and the monster living in his home who abuses Daniel’s mother, using her as his sex slave to gratify his violent, sadistic desires. But everything starts to change when Daniel finds a dead body at an abandoned construction site–a withering corpse which appears to be returning to life.

What is the personal goal of the character?

Daniel wants to discover the truth about his forgotten past, learn about his real father, and ultimately end the suffering that has plagued him and his mother.

Where can we read more about your novel?

The best place to stay up to date is here on the blog. You can also sign up for our Newsletter, or visit the homepage for Rafe Grayson, the pen name I’ll be publishing under.

When can we expect the book to be published?

[If you are an author and would like to participate in this blog tour by sharing some information about a character in one of your works, just follow this format and post it to your blog. Then send me a link to your post at wesdgray(at)gmail(dot)com and I’ll share your post and link it with mine. Thanks!]